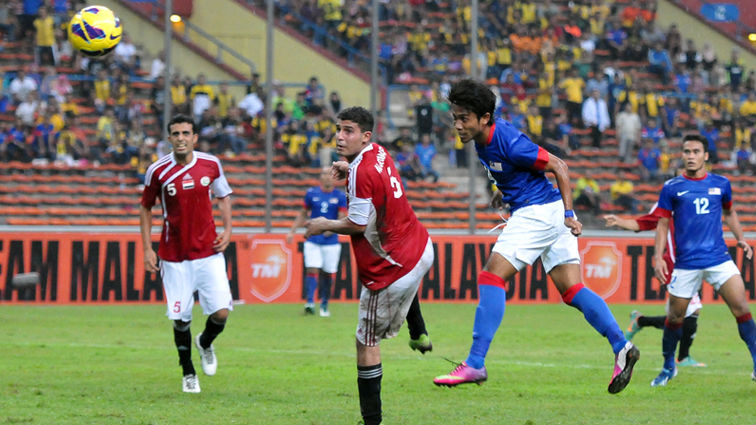 Malaysia who were reduced to 10-man by the 10th minute played like lions of the desert to shock the Yemen side with Amri Yahya giving Malaysia the lead in the 16th minute.

Defender Amirizwan Taj Tajudin was shown a straight red for what looked like nothing more than a mild tangle with a Yemen striker Sadam Hussein and Yemen were also awarded a dubious penalty by the referee.

Malaysia are currently third in Group D, but despite being significantly behind Australia-bound Bahrain and Qatar, last March’s 2-1 home win over Yemen and subsequent draw with Bahrain and the 2-1 win against Yemen today means Malaysia could still be in the hunt for a place at the finals as the best third place finisher across all five groups.

While Yemen lamented their missed chances, Amri Yahyah shocked the home fans by giving Malaysia the lead in the 16th minute.

The lead remained intact until the 60th minute before Mohammed Al-Sarori equalised with a clinical finish after a defence splitting pass from his skipper Ala Mohammed Abdullah Al-Sasi.

However, Yemen’s joy was short-lived when Ahmad Fakri Shaarani scored a cheeky goal in the 76th minute to ensure all three points.