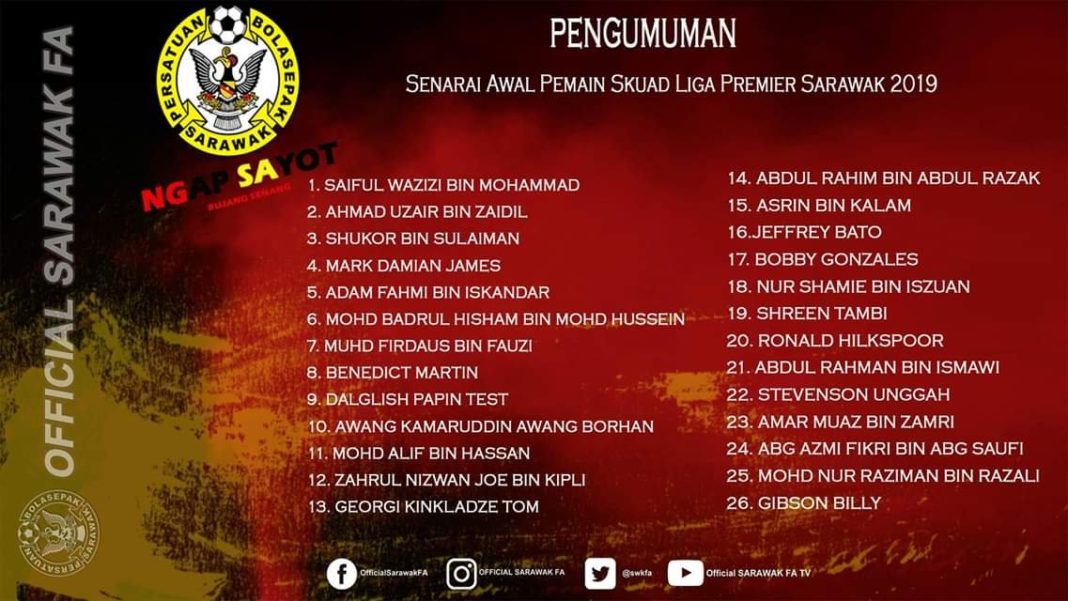 The Football Association of Sarawak (FAS) today admitted they are at fault by failing to register enough players for the team befors the deadline set by the Malaysia Football League (MFL).

In a statement released by FAS General Secretary Jeffry Lana, FAS admitted that they couldn’t proceed with the registration of players as ten players they wanted to sign didn’t agree to the terms stipulated in the contract.

The statement added that even after the ten players had agreed to the contract, FAS still had other documentations to settle hence causing them to be unable to submit the registration in time.

FAS therefore had taken the initiative to send a show cause letter to MFL’s chief executive officer Kevin Ramalinggam to explain the situation.

Also in the statement was a promise by FAS that such incident would never be repeated again in the future.

Anyway, for us, this marks the first time in two years that FAS had actually admitted their mistake when it comes to their failure to adhere to the rules set by the organizers of the Liga Malaysia and this is something positive in our opinion.

Lets hope things will change for the better after this because we would hate for them to keep blaming us at SarawakCrocs for the failure of Sarawak football.

We just had to say that!