Home BERITA BOLASEPAK Sarawak might only be signing Billy Mehmet 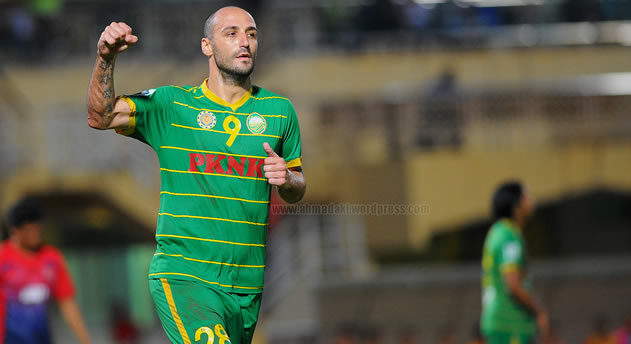 The Crocs might only be able to sign Billy Mehmet (photo) as their new foreign player for 2015 after a close source to us revealed that Muamer Salibasic is still very much contracted to Sarawak with contract termination issues riding high on the list of problems.

Billy is expected to replace Hassan Mohammed, who was released by the Crocs before the season ended.

According to our source, Muamer has been prepared to leave upon learning Sarawak will terminate his contract, but has since stayed in Kuching after Sarawak decided to offer him a separation deal different from his initial contract. Details on the deal remain unclear to us, but we have learned from another source that Muamer is still very much Sarawak’s player until a deal agreed by both parties, has been reached.

It was further learned that Muamer’s departure from the Crocs was prematurely announced, and that Muamer, without any black and white agreement, will still need to attend training as this was stipulated in his two year contract with the Crocs.

Our efforts to get any feedback from Muamer himself turned futile with the Bosnian requesting to not comment on anything for now, while another contact which is familiar with the issue likening the whole episode to ‘a couple seeking a divorce’.

The teething issue revolving around Muamer’s contract termination may cause Sarawak dearly if it continues to be unresolved as the Crocs might not only see themselves facing sanctions from FAM and FIFA, but also problems of bringing in quality foreign players in the future if the news spreads.

It is therefore our hope that the issue will be resolved quickly so that everyone can focus on preparing for the coming season.