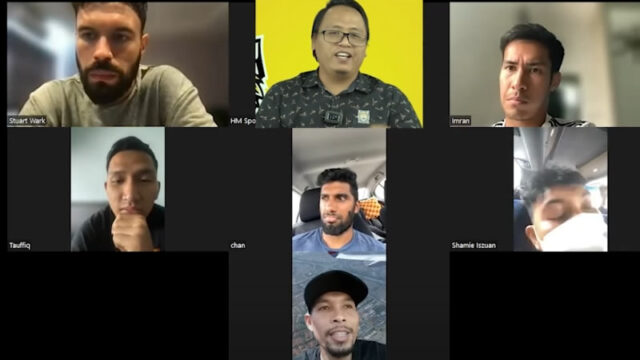 Six players from Sarawak United FC have appeared in an interview with HarimauMalaya.com.my to claim that they have not received their salaries from their former club.

The six players appeared on video conference call sharing their experiences and difficulties in regards to their plight last year.

Stuart at some point of the interview said that “Players should not live like this”.

Experience goalkeeper Sharbinee also claims that the management seemed less eager to seek funding for salary payments this season as compared to the previous season.

Both Raja Imran and Tauffiq Ar Rasyid also made alarming claims as they claimed their landlords in Sarawak had pursued them to get rental payments which were long overdue, with Chanturu admitting to everyone that he had to sell his house because he needed money and was not receiving his salaries.

Local born Sarawakian player, Shamie Iszuan was also not spared as he admitted he anticipated delays in salary payments but never expected it to be this long.

More claims were also made by the players in the exclusive interview below.

If you didn’t know, Sarawak United failed to get their National Football License for 2023 and were forced to demote themselves to the amateur Liga M3 for next season.

Payment of salaries had always been an issue with the club in recent years, but this is the first time six former players had openly criticized and admitted to the issue to the public.

It is hoped nonetheless, the players will get their dues soon.