A footballer which used to represented a popular football team in East Malaysia has come forward to make a public request for his salary to be paid.

The player is Demerson Bruno Costa, and he is currently in Indonesia, playing for another team.

In Demerson’s public comment in the East Malaysian team’s official football page on Facebook, Demerson claimed that he has not received the full amount of his salary and that he has been trying to get the rest of his salary which was due since October last year.

He explained that he is he is tired of being ignored, and he is currently begging for a favour.

“Congrats to the team and all supporters for the win. I’m happy about that” says Demerson in his brief comment.

“Please let’s do the thing in the right way, let’s be right with the people that work for you that have family to provide and bills to pay.

“Like any regular worker. This is a call for help.

“I’m trying since October last year to get the rest of my salary.

“I’m tired to be ignored and to feel like I’m begging for a favor.

“When the true is that I just need to receive the full amount that I worked for. The best way to succeed is doing right.” he explained further.

Demerson also said that he was a hard worker when he played for the club and it was a pleasure to be able to play for the club in two season.

The Brazil born defender further explained that he is now trying to get his dues ‘the nice way’ and pleaded for help from the top of the management of the club.

You can see his full message below. 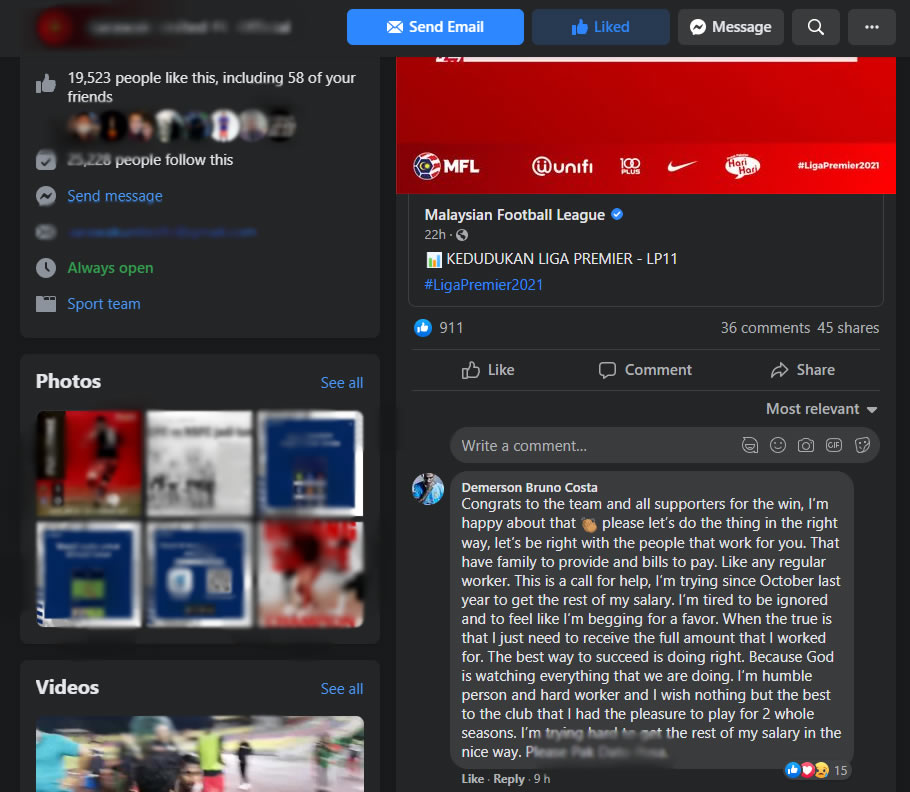