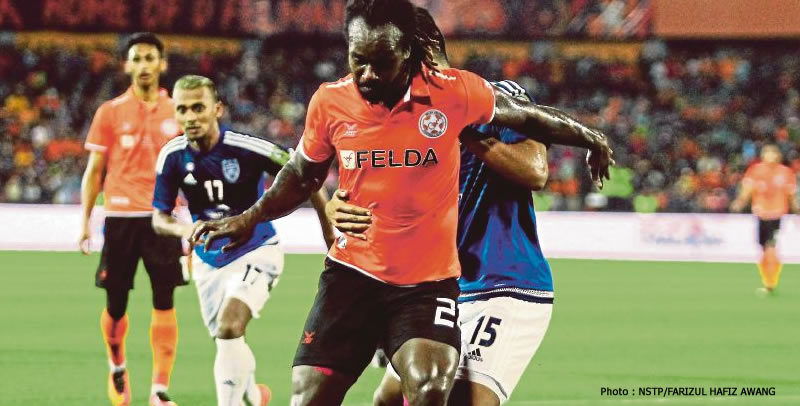 Malaysia Liga Super sensational striker, Francis Forkey Doe, is said to be on the verge to signing a contract with Penang FA next season, making Penang the sixth Malaysian football team he would represent in the Malaysian League.

He previously played for Terengganu in 2012 before heading to Selangor in 2013, and joining Kelantan in 2014. In 2015 he joined Negeri Sembilan and moved to FELDA United this season.

The Liberian is said to have agreed with the contract terms offered to him, and is awaiting the green light from the Penang Football Association to make his move permanent, but he has not confirmed any speculations himself.

Forkey has scored 62 goals since he played in the Malaysian League, and is rated as one of the best foreign players in the country.