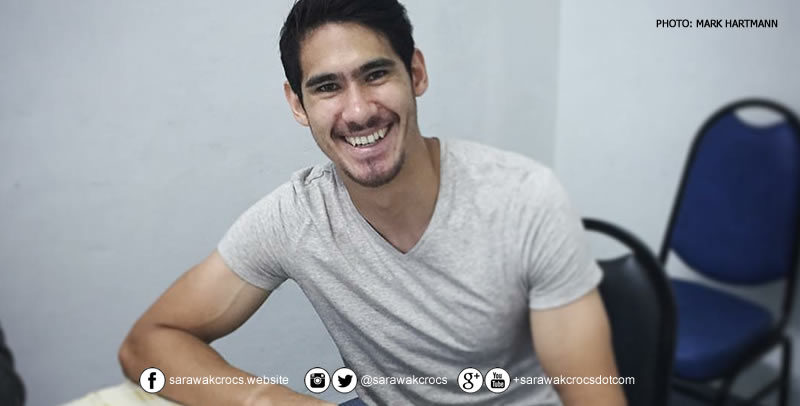 Filipino striker, Mark Hartmann has confirmed his move to Stadium Negeri today by uploading a photo of him at a simple contract signing to be part of the Crocs.

The young mix-parentage striker is the first foreign striker to be signed by the Crocs after weeks of speculations hovering over the Crocs camp in regards to the future of the team coached by David Usop.

In a brief statement on his social media account, Hartmann thank the Crocs officials for making him feel at home, as he continued on to thank other individuals for helping him in his career.

Hartman was reported to have passed his medical yesterday, and the Crocs wasted no time to tie him up for an undisclosed contract for the coming season.

The 24 year old had impressed coach David during trials, and previously played his trade in the Singapore League as well.

Mark Hartmann: “The decision has been made”