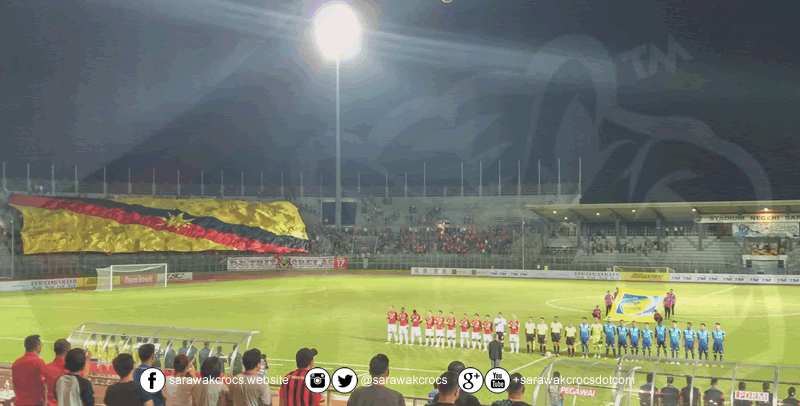 KUCHING – We have not been updating this site as frequent as we want, but we bear good news this time.

Yalah, after months only talking about negativity when it comes to Sarawak football, there’s some light, literally.

We were informed that the flood lights at Stadium Negeri had been fixed.

We don’t have the specifics, but photos were shared with us showing cranes used to repaid the all important flood lights.  You can see the photos below. 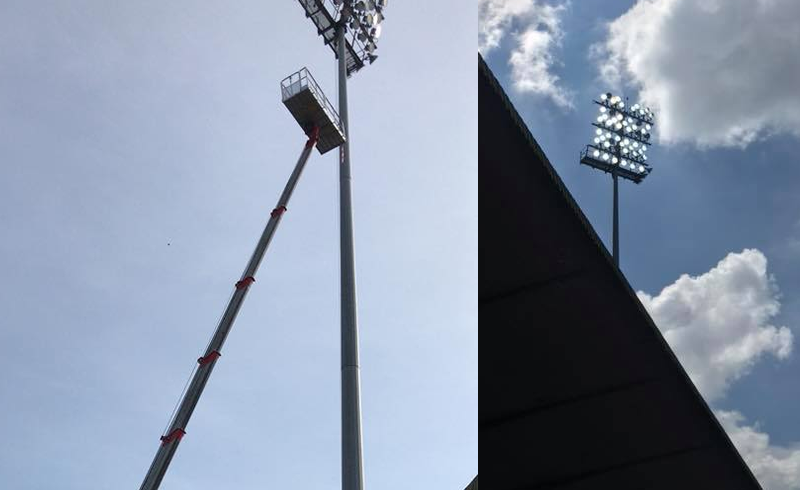 Now, it is our belief that the repair of the flood lights didn’t just happen as Sarawak Sports Minister, Datuk Karim Hamzah had previously ordered the Sarawak Sports Council (SSC) to repair the lights ASAP.

We are not sure who paid for the repairs, but if the report from Utusan Borneo was used as an indication, it is likely born by the SSC.

Anyway, looks like Sarawak FA will be playing night games after this, so if you are free, JOM LAH GI NANGGA!