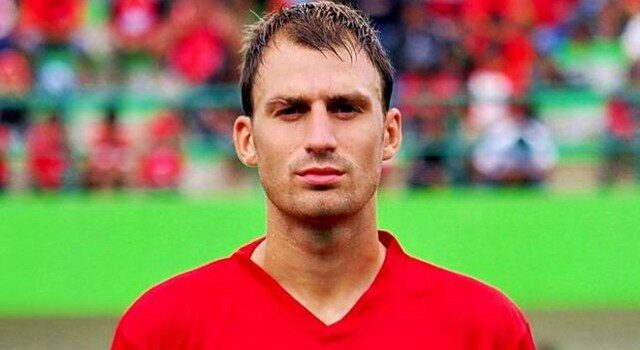 Troubled Sergei Aleksandrovich Litvinov is in Kuching to eye a spot with the Crocs.

The Russian defender who was previously playing his trade in Indonesia would be hoping to revive his football career after it was crushed by PSLS Lhokseumawe which failed to pay his salary for up to six month.

The Indonesian club is said to have not paid the defender 124 million rupiah, with Sergei finally being deported by Indonesian Immigration officials back to Russia a few months ago for overstaying his work permit. It was also well reported in Indonesia that Sergei had to sell fruit juice to sustain his life while he fought to get his salary paid.

The 1.87 meters defender has played with three clubs in this region, all in the Indonesia league. Prior to that, he played for unknown FC Luch-Energiya Vladivostok and FC Okean Nakhodka.

Sergei would be looking to make a fresh start at Stadium Negeri, and he would have no problem fitting in the Crocs with him fitting all the terms and conditions applied to hire a foreign player in the Malaysian League.

The only stumbling block would be the fact that Sergei is said to be a ‘back-up’ plan for Robert Alberts shall first choice foreign defender Gabor Gyepes decline to extend his stay with Sarawak.