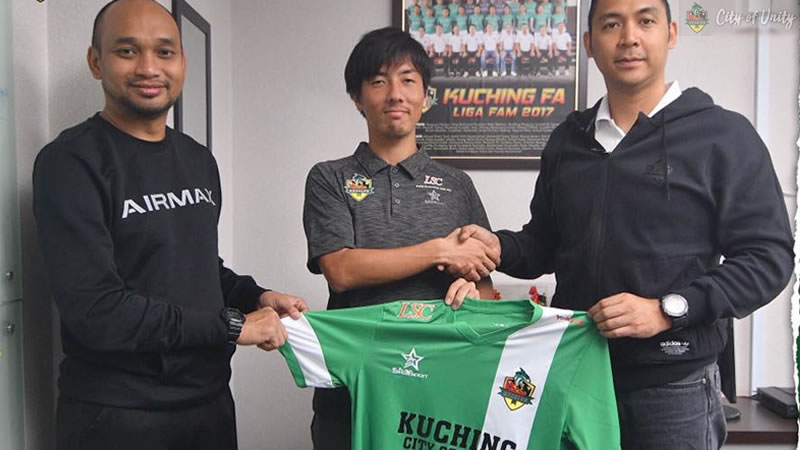 The signing of Suzuki is historic as he is the first import player to be signed by the Liga M3 side in history.

The 28 year old plays as a midfielder.

To make the deal sweeter, Kuching will not have to pay a single cent for the Japanese midfielder as he is fully sponsored by Japanese brand Yakult.

The inclusion of Suzuki is expected to strengthen Kuching’s position for promotion to the Liga Premier in 2020.

Suzuki was previously signed by Kelantan, but the northern state decided to drop him for a different player at the last minute.