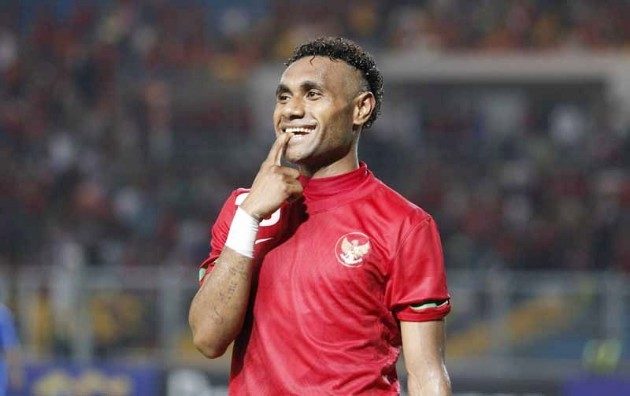 The rumour is getting louder than ever in Sarawak that Indonesia’s speedy striker Titus Bonai (picture) is set to join the Crocs next season.

According to sources, Titus has been approached by the Football Association of Sarawak (FAS), but nothing concrete has yet to materialize.

If signed, 24-tear-old Titus is expected to complete Sarawak’s Asian import quota for the 2014 Malaysia Super League season, hence partnering Bobby Gonzales up-front with Muamer Salibasic returning to his natural position as an attacking midfielder. Nonetheless, Robert Alberts could use Titus as a flanker which will provide more competition for the likes of Joseph Kallang, Ashri Chuchu, and Zamri Morshidi.

His current team are league champions in the Indonesian Premier League, and are doing very well in the AFC Cup. Despite that, Titus is not considered one of the major goal-scorer for his current side.