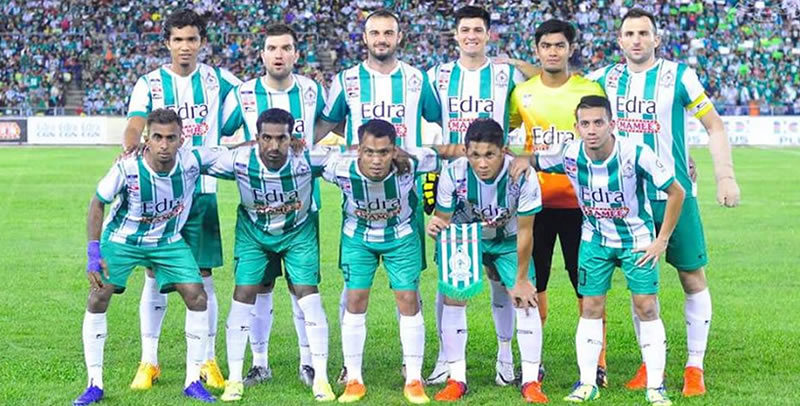 Melaka United (MU) only needed one point to secure the Liga Premier title, and they did just that last night, by holding their title rivals Johor Darul Ta’zim II (JDT II) 1-1 at Hang Jebat Stadium.

MU still has two more games in hand, but with a safe seven point lead in the Liga Premier after last night’s draw, they are unrivaled at the top by both PKNS and JDT II who are left to fight for second place.

Playing in front of a massive home crowd, Melaka United played attractive football to entertain their supporters, but couldn’t break the defenses of the visiting team which closed down the ball well.

Nonetheless, the team representing the historical state of Melaka made the stadium erupt with joy when Pinto Y. scored in the 76th minute.

JDT II fought hard to find the equalizer, and was rewarded handsomely in the dying minutes of the game, with Bonfim scoring for the visiting team.

The goal however was too late to stop MU from finishing this season as new champions of the Liga Premier, confirming that they go back into the Liga Super in style.