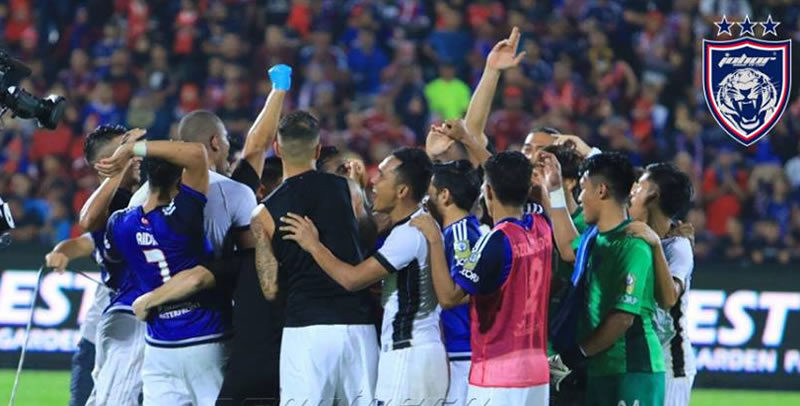 Johor Darul Ta’zim (JDT) created history last night by confirming their third consecutive Liga Super title after they defeated Felda United in front of a capacity crowd at Stadium Larkin. JDT had previously won the Liga Super title in 2014 and 2015 as well.

The intense game saw one red card given to Felda’s Alias N., and JDT being pegged 2-2 after the half time.

Nonetheless, when Alias was given his marching orders in the 59th minute, JDT ensured the title was theirs when Zafuan M. A. scored the league title goal a minute later.

The win gives JDT an impressive ten point margin from their closest league rival, Felda, with two games in hand.

JDT coach Mario Gomez confirmed that JDT will focus on defending their AFC Cup title after this.