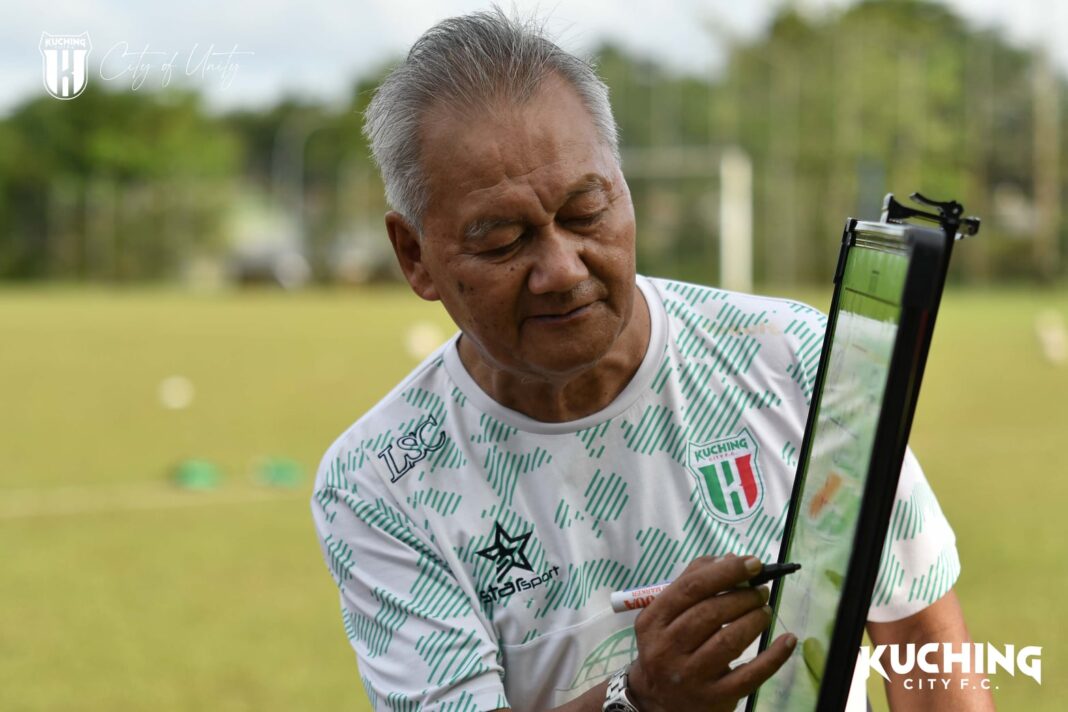 Liga Premier side Kuching City is keen to end their winless streak against Kelantan United.

Its head coach, Irfan Bakti, said that his team has two more games with the match on 4 September against Kelantan United which his side has never defeated.

Therefore, Irfan wants nothing less than a win against the East Coast side, as he hopes to improve on last season’s performance in the Liga Premier.

“There is two more games, one on the 4th of September against Kelantan United, a team we had never won against. We were held by the Kelantan side this year in our first match.” Irfan said.

“Therefore, this time we must win against them and I hope we can win the remaining matches so that we can improve our standings in the league from finishing fifth last season, to finishing third this season.” he explained.

Kuching City currently sits fifth in the Liga Premier and have confirmed a spot in the Liga Super next season following changes to the Liga Malaysia structure by the Malaysia Football League (MFL).

Despite that, the former Liga Bolasepak Rakyat champion intends to finish their Liga Malaysia campaign this season by sitting in the automatic promotion slots to the Liga Super.