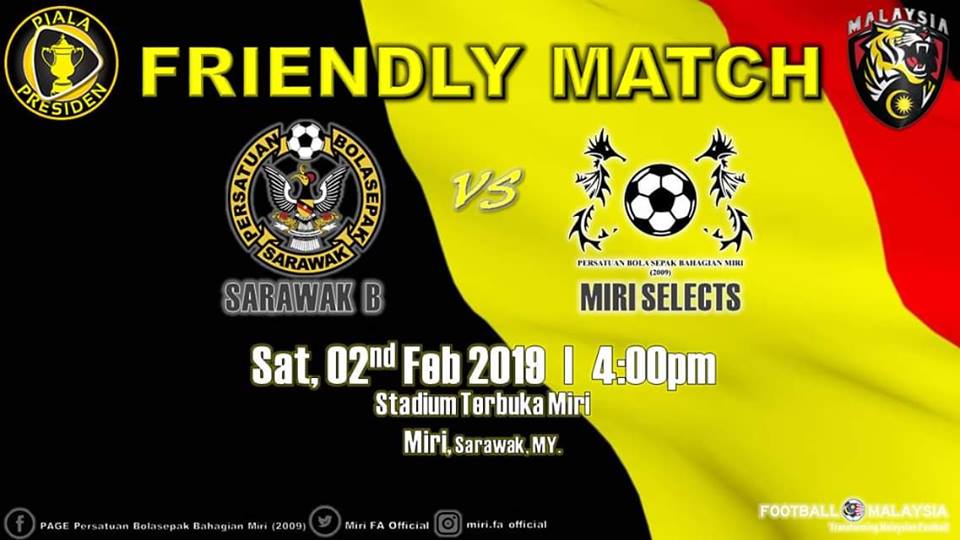 The Piala President side of Sarawak FA, known as Satawak B would meet with the Miri FA Selection team for a friendly match today at 4PM.

The first of many matches for the now Miri based Piala President team would be an important game for coach Jalil Rambli to test his tactics and players for the up-coming season.

If you are interested to watch the match, it will be held at Stadium Miri at 4PM today (2 February 2019).

Entry to the match is free.