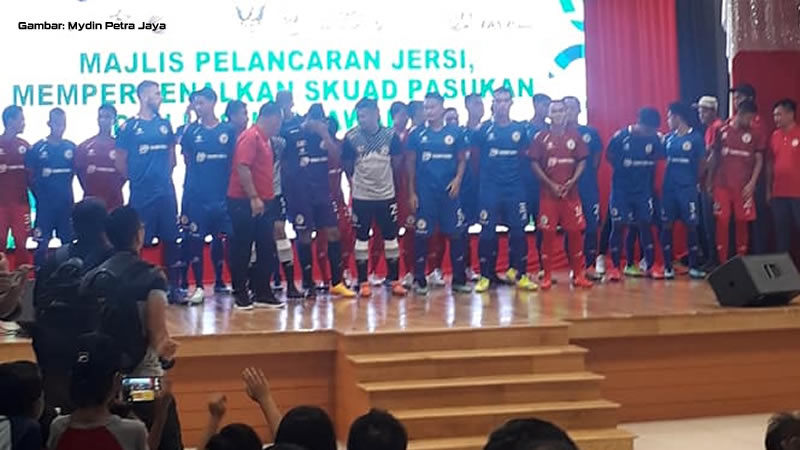 While it does seem that Sarawak FA is featuring many new faces this season, checks on their player line-up would show a team that could very well create something.

Indeed, many have tried to focus on the inexperience youngsters that Sarawak do employ, but the truth is, Sarawak does have a fair share amount of experience players, despite the exodus of their more senior players.

In defense, Sarawak would have Benedict Martin, a former Kuala Lumpur defender who is known to be well composed during the game partnering Brazilian Pedro Henrique and Ducth defender Ronald Hikspoors .  The trio should be strong enough to keep any attacks at bay, especially since both Hikspoors and Henrique are import players.

In the midfield section, the return of former national player Nur Shamie Iszuan and Shreen Tambi had somewhat slipped the lips of fans.

However, the duo are very talented midfielders who can create magic, with the likes of Abdul Rahim and Dalgish Papin, both usually played as wingers or strikers, already having their fair share of experience and can be considered ‘seniors’ despite their age.

The inclusion of Rian Firmansyah from Indonesia as an import player would also add depth to the midfield of Sarawak which is already quite packed with talents.

Up-front, Bobby Gonzales and Muamer Salibasic need no introduction and can deliver the goals and are both highly experienced players.

That said, it would be interesting how Anai Igang would plan the Sarawak line-up against Negeri Sembilan tomorrow as we likely see experience players taking center stage for Sarawak with the youngsters likely to start from the bench.