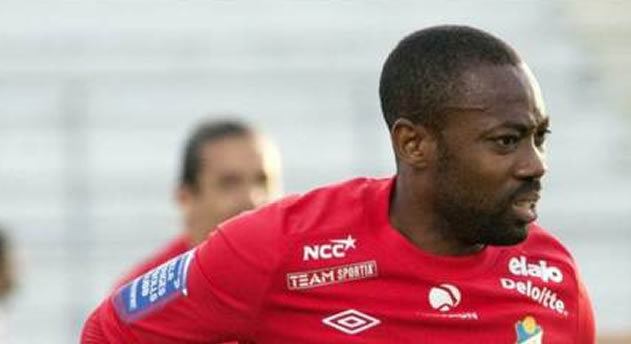 The list of foreign imports coming to Kuching for trails continues to grow as a source to us has said that two players are set to join the Crocs for trials this week.

The players, known as Bader Eldin and Kevin Amuneke Onyekachi, are said to have been invited to train with the Crocs with hope of taking up the foreign import spot left vacant by the departure of Hassan Mohammad, and the possible departure of Muamer Salibasic.

Sudanese Bader Eldin is not largely known in the football world, and we have struggled to get information about the former Al-Hilal player. The only thing we know about him is that he is 33-years of age, plays as a midfielder, and is 179cm tall.

More can be said about Kevin who previously played for Serbian side Sloboda Užice. The 28-year old forward had played for CSKA Sofia, Benfica B and Porto B, but has found himself hardly making a start with the last three clubs he is contracted too, namely Trelleborg, Tondela and of course Sloboda Užice.

Kevin does not have an impressive scoring rate, but has played for Nigeria twice. He shares similar height with Bader. We also found a few videos of Kevin on Youtube but decided to embed one below for your viewing pleasure.

It is uncertain who will make the cut, but if it is true that Billy Mehmet has signed with the Crocs, then both players are expected to fight for the final slot available for a foreign import at Stadium Negeri.

Even then, it all depends also on Muamer Salaibasic’s status which is still very much in limbo.