Home BERITA BOLASEPAK Some 2,000 fans turn up to Stadium Negeri to watch training 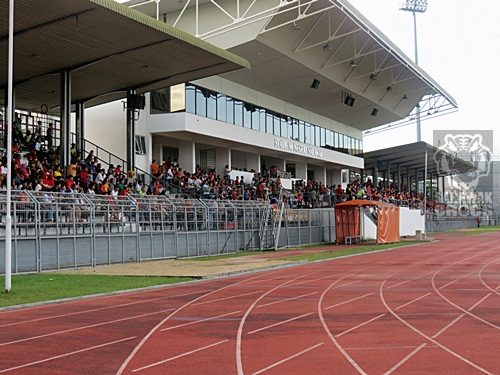 As if it was match day, some 2,000 fans came in droves to watch the Sarawak team train this evening. Cars were seen parked some 500 metres from Stadium Negeri with the car park adjacent the stadium half filled.

Sarawak ultra group GB13 were also at sight practicing their chants for the coming 2014 season, while the rest of the fans filled up the main section of the stadium, eager to watch the team play.

Security was low, but fans were indeed in joyous mood as they shouted ‘GOAL!’ whenever a goal was scored.

The training session also included a friendly game among the players which saw four foreign players being tried out by Robert Alberts. Their presence was very much obvious with their skills and height evident throughout the game.

Sarawak is expected to reveal their full line-up this coming Wednesday.