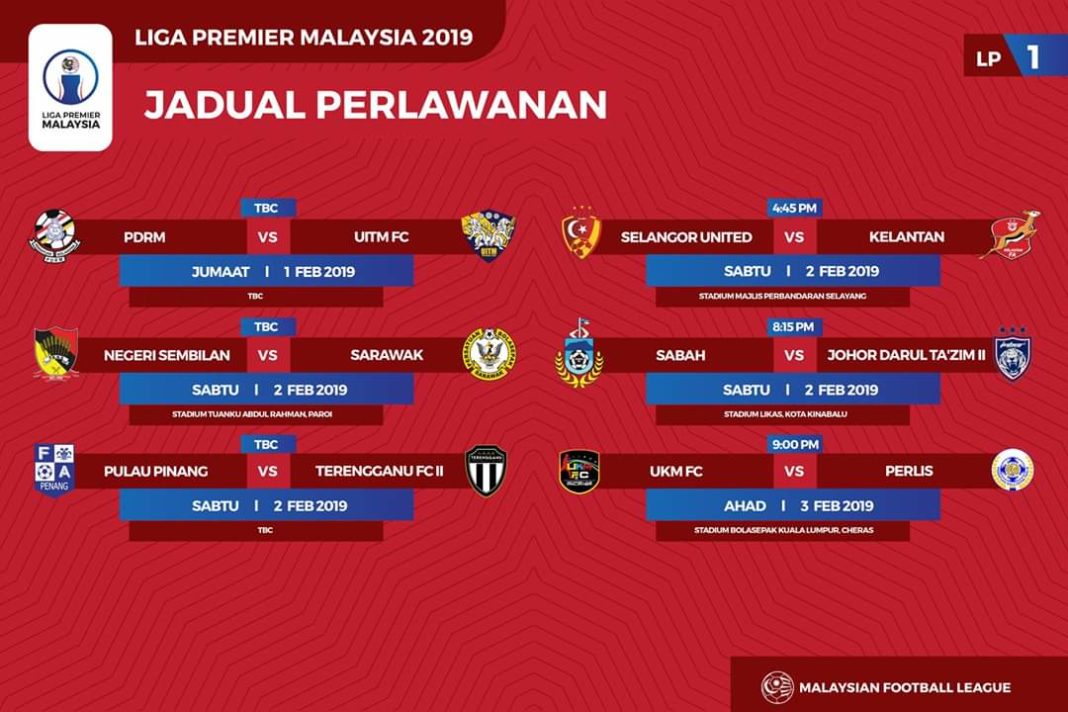 Sarawak FA will travel to Paroi Negeri Sembilan for their opening match of the Liga Premier.

After the opening week, Sarawak is set to entertain Pulau Pinang FA at Stadium Negeri on 9 February 2019.

This will be the first home game for Sarawak in 2019.