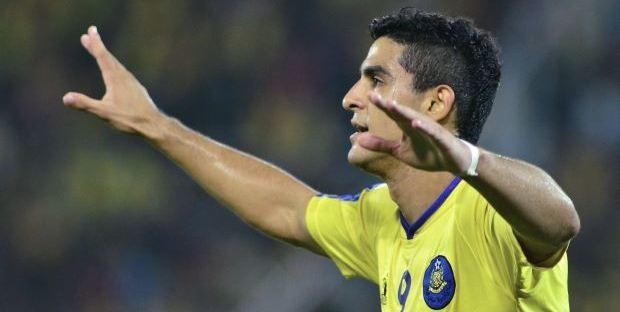 Robert Alberts has revealed that he is interested to sign unsettled Matias Conti (photo) for the coming season.

According to a source to SarawakCrocs.com, the Dutchman said that he is looking to bring the goal friendly Matias to Stadium Negeri as he has heard that the Argentinian striker is unsettled at Darulmakmur.

It is understood that the 24 year old has yet to renew his contract with Pahang FA, and Robert has declared he is interested to have the prolific goalscorer on his side which has proven to be toothless this season.

We are however not certain if Matias would be interested with a move to Stadium Negeri for next season.


Last season, Matias Conti has revealed that he would leave Stadium Darulmakmur, but managed to agree to terms just before the transfer window has closed.

The signing of Matias, who is a highly ranked import striker in Malaysia by Robert will be considered a massive coup for the Crocs which are looking to strengthen their side following the departure of several key players next season.

S Chanturu, Sarawak’s leading goalscorer for the season has already been confirmed to be departing for JDT by the Crown Prince of Johor next season.