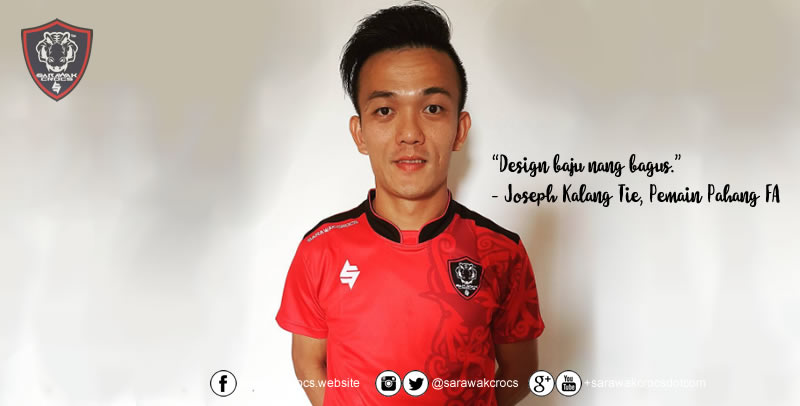 It is that time of the year again where football players are moving around looking for new team for the upcoming 2019 season.

The social media feed today was filled with the good news that local hero, Joseph Kallang Tie had signed for Kuching FA. This news was received with joy among the local football supporters.

Joseph I believe can inject the amount of experience needed by the rising Kuching FA as he had valuable stints with Selangor FA, Pahang FA & Terengganu FA.

He undoubtedly will be the main focus for Kuching FA for the upcoming Malaysia FAM League 2019.

Kuching FA had also said they had finalized a few more signings but when this letter was written, the names were blurred out, perhaps to create more excitement.

With neighboring Liga Premier side Sarawak FA already omitting some senior players form their list of 25 players, many are guessing if they would eventually end up for Kuching FA in 2019?

There’s also a rising question among fans on why Joseph, popularly known as JKT, had chosen Kuching FA, instead of Sarawak FA when the later obviously plays in a higher league?

Only JKT has the answer but as a working professional, my gut is saying that punctuality in salary payment may had played a huge role.

It is indeed going to be an exciting transfer window for Sarawak football as Sarawak now not only depends on Sarawak FA to represent Sarawakians, but also Kuching FA to do the same.

The question in everyone’s mind is now, who is the better?

Until the next article,
Christian Entaban
A passionate local football supporter.

NOTE: This article is contributed by a reader and does not, in any way, reflect the official stand and opinion of SarawakCrocs.