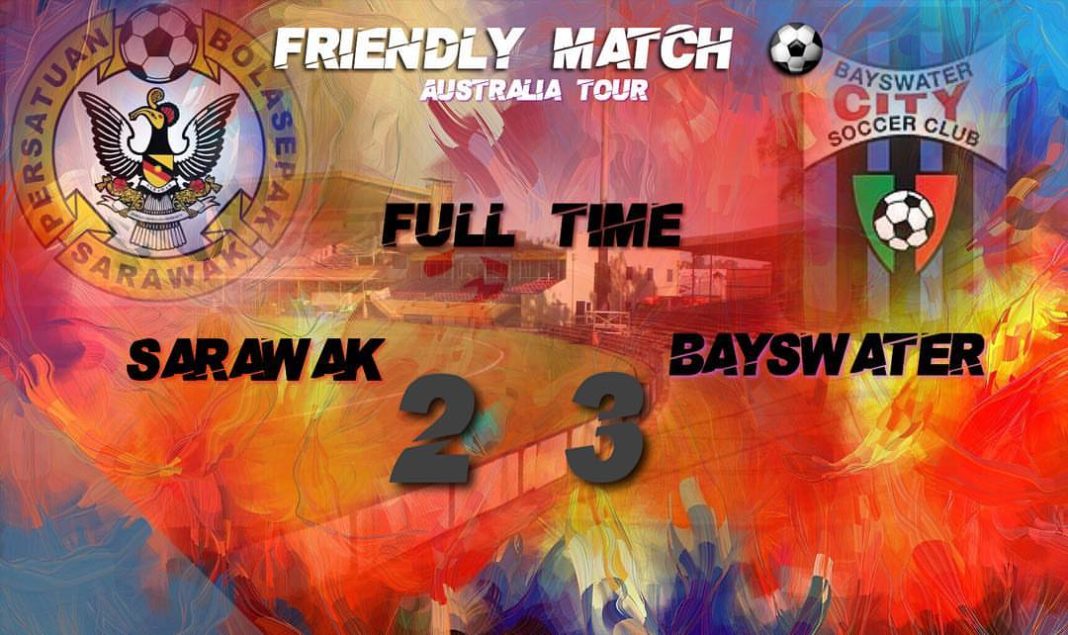 The Crocs found themselves unable to overcome the might of Bayswater City Soccer Club today despite scoring two goals against the Australian side.

David Usop fielded a familiar side against the semi-pro club, but the strength of Bayswater saw them take  lead through a goal by Jamie Murphy.

Sarawak new signing, Mark Hartmann then leveled the score with a good powerful shot from the box.

Bor Bor put his side again ahead by scoring the third goal of the game, before Jason Mirco made it 3-1 for the home side.

The Crocs never gave up hope despite being behind and Lee Jong-Ho slotted in the last game of the match before the final whistle.

Sarawak will play Perth SC next in the final Australian tour match.