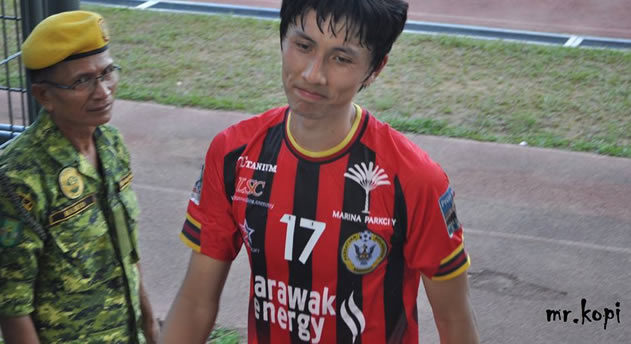 27-year old Kwon Jun played an impressive game today during his trials as he tries to make an impression with Robert Alberts.

The Korean midfielder was hardworking and made several key touches on the ball, but his future at Stadium Negeri remains a huge question mark with several other foreign players also visible during the first pre-season training of the Crocs.

Kwon didn’t have a fair amount of game time during his career with the midfielder playing very few games for his previous teams which include a few teams in Indonesia and Iran.

In March 2014, he joined DRB-Hicom(then known as POS Malaysia), and made several appearances without scoring any goals.

Shall signed, Kwon will be deployed to strengthen Sarawak’s midfield which took a huge blow with several key players leaving Sarawak at the end of the 2014 season.