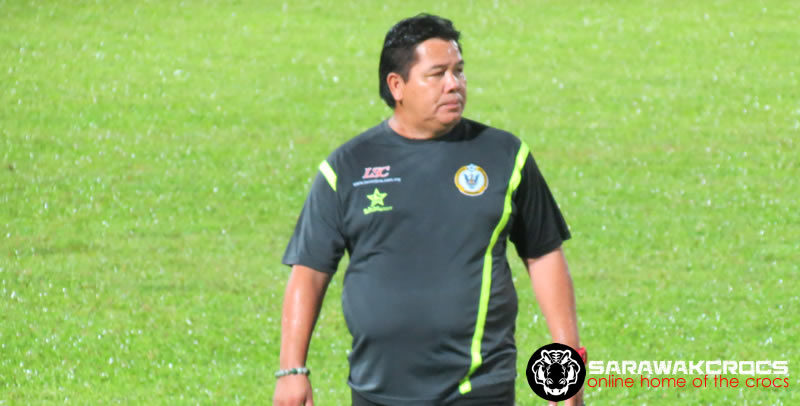 The Football Association of Sarawak (FAS) has decided to formally appoint caretaker coach, David Usop, as the new head coach of Sarawak until the 2016 season ends.

The announcement was made by Dato Sudarsono at FAS Buka Puasa event yesterday, hence ending speculations if FAS would appoint a new head coach to replace K Rajagobal whom was relieved of his duties a few months ago.

Sudarsono was also quoted as saying that the appointment of David would take immediate effect, and FAS now sees David as the new head coach of the team, and not an interim coach as before.

The President of FAS also added that David’s appointment was made after the former agreed he was ready to take on the massive task to keep Sarawak in the Liga Super, and go as far as possible in the Piala Malaysia.

Sudarsono however admitted that shall David fail in his quest to keep the Crocs in the Liga Super, he would likely share the same fate as former Sarawak head coaches, namely Robert Alberts and Rajagobal.

The appointment of David wasn’t a huge surprise considering we had already indicated that his active involvement in the June transfer window is a clear indication that FAS is prepared to make promote David.