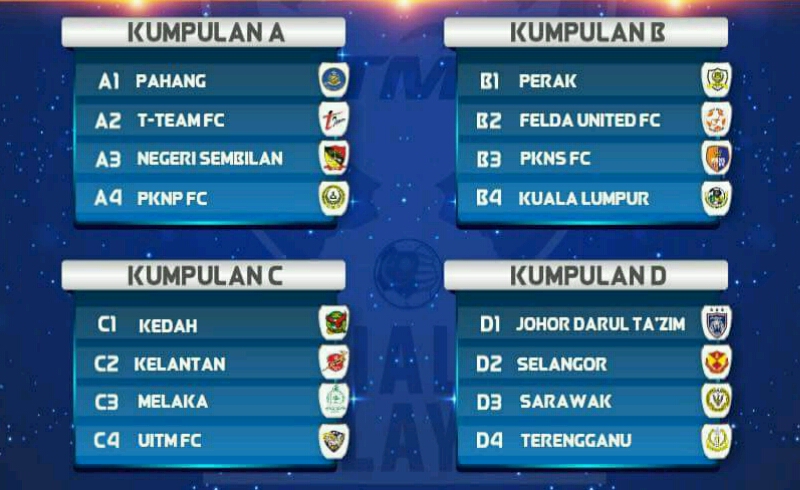 The Crocs would need to work extra hard if they want to progress far in the Malaysia Cup after the tournament draw last night as they have been grouped together in Group D.

In the group, the likes of JDT, Selangor FA and Terengganu FA await the Crocs with all considered high profile teams which are on-form lately.

Both Selangor FA and JDT are doing very well in the Liga Super, while Terengganu FA who knocked the Crocs out of the FA Cup quarter finals this year, are title challenger in the Liga Premier.

The draw automatically puts Sarawak FA clearly as underdogs with Selangor FA and JDT favourites to advance to the knock out stages.

Other groups in the Malaysia Cup draw can be seen below.