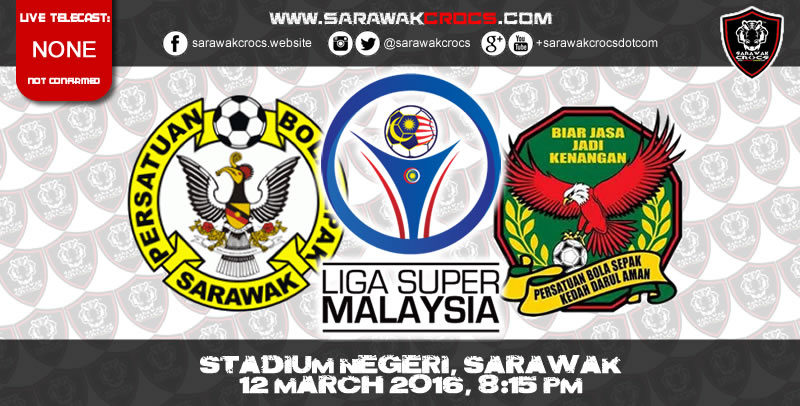 What should we know about our opponent?
A team full of Syazwan’s & Farhan’s. On a much serious note, this team is coached by Tan Cheng Hoe, and is high flying since earning themselves an automatic promotion to the Liga Super this season. Out of 24 registered players in our list, 15 players retained from last season. Most new additions are players from Harimau Muda, their President Cup & notable Kelantan & ATM.

Strength?
Team-work: This team has the best team work amongst all teams competing in the league.
Stability: The management has given Cheng Hoe a lot of freedom to build Kedah from scratch and this really impresses me. Cheng Hoe has also somewhat managed to retain most of the players he had since he started, and this shows that the players are staying for a reason.
Quality Youth Product: Young players which Kedah have nurtured such as Arif Farhan, Syafiq Ahmad, Syazwan Tajuddin are breaking into the first team, and this shows that the policy of nurturing the youth players plays a big part in the team promotion.

Weakness?
Experience: Young players might struggle against strong opponents due to experience. Import players are the more experienced players and act as mentors to the younger ones.
Consistency: This is seen mostly in the local players.

Tactical?
Cheng Hoe lines up a balance 4-2-3-1. Team will be deploying direct football & utilizing the flanks. Injuries & Suspension?
Injuries: Rizal Ghazali will not with travelling team
Suspension: No suspension, only for Azmeer has 2 accumulated yellow cards

Sandro plays as an attacking midfield or a shadow-striker. His passes and off-ball movement will be one to watch out for. Also make sure, no free-kick outside the penalty box is conceded when he is around.
Strength: Passes, Positioning, Long shot. Weakness: Age

Post-Match Review?
Out of 6 games played, Sarawak won four, lost two & drew one. Scored 11 goals and conceded 4 (not including the penalty shoot-out).

Expectation?
With the current form, record and the player motivation, Kedah might be going back home with full three points. A slim scoreline advantage perhaps.