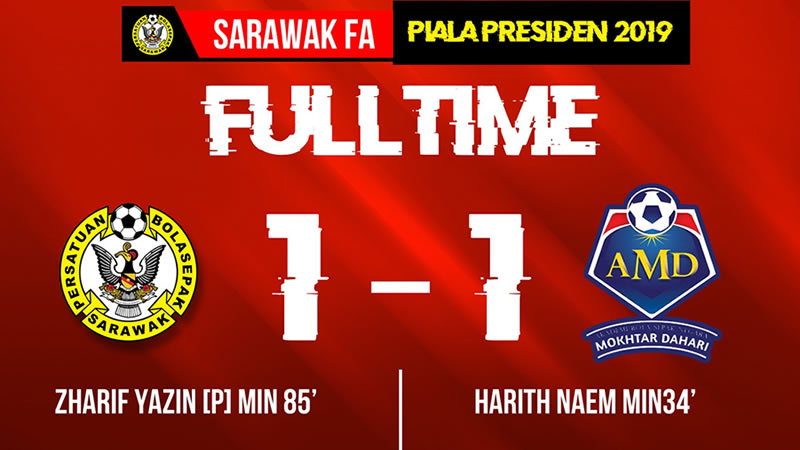 The Sarawak FA B team took home one point against AMD 17 in thier third Piala Presiden match yestereday.

The team coached by experienced Jalil Ramli played interesting attacking football but found themselves one goal behind in the 34th minute when Harith Naem scored thanks to a beautiful cross in the penalty box.

The lead by AMD remained until half time.

In the 85th minute, Sarawak earned a penalty kick when Amirrul Iqmal was fouled and Zharif Yassin made sure the it counted by hitting it into the goal for the equalizer for Sarawak.

Both teams tried hard to score the winning goal with five minutes on the clock but the game remained as a stalemate at full time.