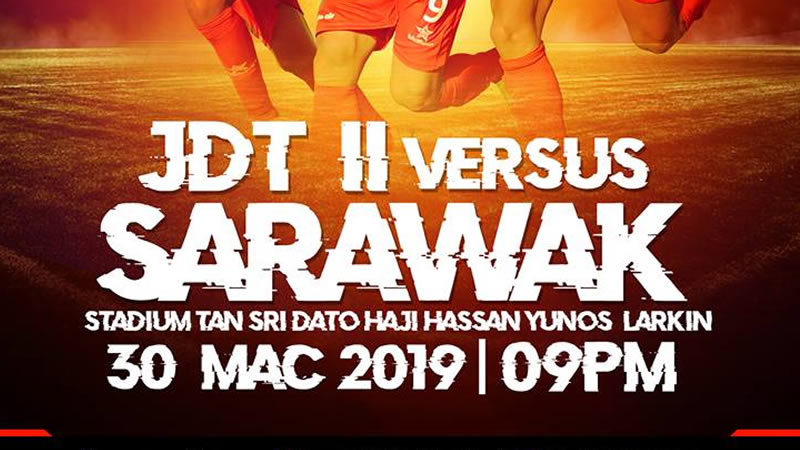 This is the first match of interim head coach Denny Dai’al and all eyes will be watching if he can turn Sarawak FA’s fortunes.

The task is however humongous as Johor Darul Ta’zim II are top of the league and are currently undefeated.

This therefore makes Sarawak’s hopes for a revival somewhat difficult as JDT II would want to make their home advantage count in their goal to win the Liga Premier 2019.

According to Socerway, both teams have met 18 times, with JDT II winning 10 times, 7 of which were won at JDT’s home.  Sarawak had not won against JDT II since 2013, and during last years meeting, JDT II won both encounters.

Benedict Martin is a non-starter, and we are not sure if Muamer Salibasic would be available for this match. Salibasic is currently in Bosnia to attend to his wife who delivering his first born baby. On a positive side, Abdul Rahim seems ready to be played and Denny Dai’al may just have some secrets off his sleeve to curb JDT II this time around.

As much as we would like to pick Sarawak as winners in this match, JDT II are on a good run as opposed to Sarawak which aren’t.

Home advantage only adds to JDT II’s chances, hence making us pick JDT for the win.