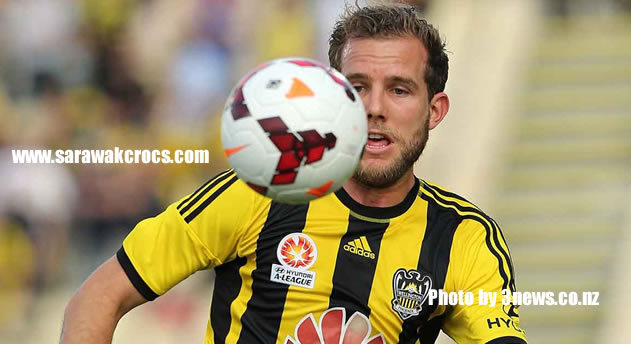 The striker has also been playing for numerous top teams in the A-League including Newcastle Jets, Sydney FC, with a brief loan spell with Toronto FC of the MLS is the US.

As far as scoring rate is concerned, Jeremy has scored 21 goals in the past 48 games with Wellington Phoenix, with him finding the back of the net once in his international senior appearance so far.

The 1.8m forward is said to be arriving in Kuching tomorrow (Sunday) with rumours on social media revealing that he is a friend of Sarawak’s Ryan Griffith.

A local daily reported that Jeremy is expected to join the Crocs this Monday at training when the team returns from their end season holiday, and is largely expected to try to impress Robert Alberts to get himself a place with the Crocs.

Sarawak will have two spots open for a foreign player after they have released both Hassan Mohammad and Muamer Salibasic due to long term injuries.

For a summary of Sarawak transfer news, head on to our dedicated page on Sarawak 2015.