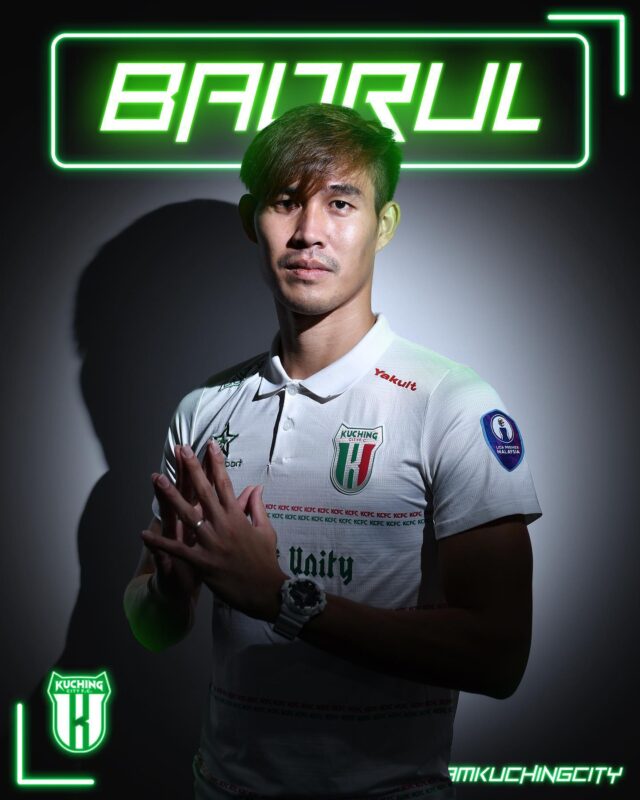 As the new season looms, Kuching City adds in another new player to fortify their side with the club announcing they have secured former Sabah FC player, Badrul Affendy.

The Sabah born defender had previously played with Sarawak United and is highly regarded as one of the players that helped Sarawak United gain promotion to the Liga Super in 2021.

Aside from Sarawak United, Badrul had also previously played with local Sabah team Sabah FA for one season in 2024/15, before migrating to PJ Rangers in 2016.

The 29 year old defender is expected to strengthen Kuching City’s defences which now have the likes of Ramesh Lai, Dzulazlan Ibrahim and Yuki Tanigawa.

His height at 183cm will likely play a huge role in intercepting crosses for The Cats this season.

Kuching City will start their maiden season in the Liga Super this season and is expected to fight for a safe mid-table position.