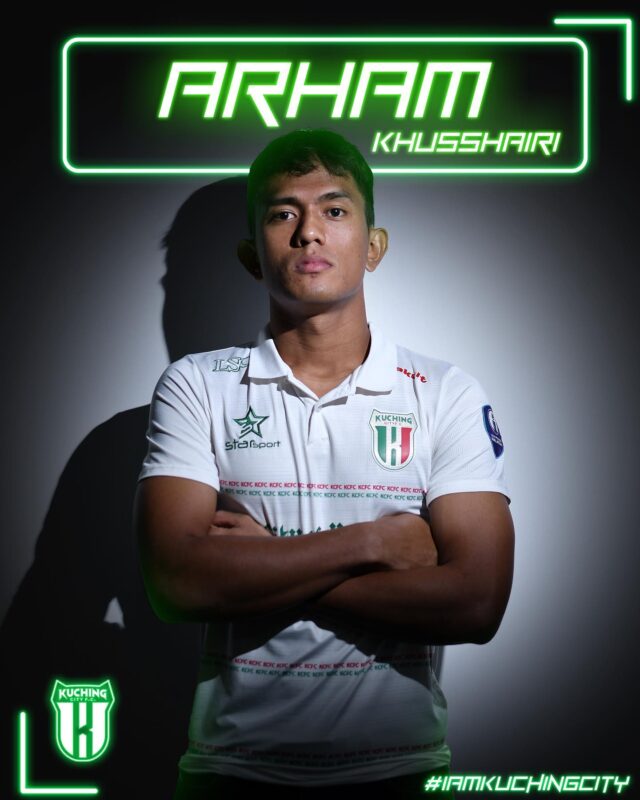 Kuching City announced another defender to their 2023 team over the week with Arham Khusshairi confirmed as their latest signing.

The under-18 Malaysian international defender joins the club having played previously with UiTM FC.

Not much information is available about this young defender, except that he hails from Terengganu.

Kuching City has been announcing new players for the team last week with the club confirming three new foreign players, and so far signing not less than seven Malaysian players to strengthen their side for their very first Liga Super challenge.

Based on reports on social media, the club is expecting a few more players to join the club in coming weeks, including another foreign player.

Sarawak FA finally gets to play at night but…